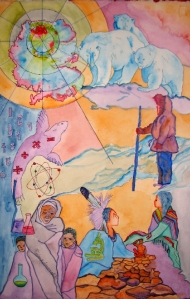 “Business as usual must end, because business as usual is killing us,” the indigenous peoples of the world have stated, in a powerful and eloquent summing up of the five-day Indigenous Peoples’ Global Summit on Climate Change, held in Anchorage, Alaska at the end of April.

Climate change brings into sharp relief the confrontation between industrial civilisation and indigenous peoples. Caused by the actions of the rich, polluting nations its effects are felt most keenly by those who live closest to nature and whose livelihoods most directly depend on their immediate environment. (Just 500 miles from the summit, in the village of Newtok, intensifying river flow and melting permafrost have forced 320 residents to relocate to higher ground; meanwhile stories like “Water people of the Amazon face extinction” are increasingly and depressingly familiar.) END_OF_DOCUMENT_TOKEN_TO_BE_REPLACED 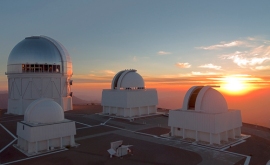 It’s that time again: time for governments to pump up science as panacea to world ills, for ministers to commission national surveys to discover why young people won’t study it (and most people still don’t get excited about it) and for public-engagement experts to work out new strategies for getting us to see the light. END_OF_DOCUMENT_TOKEN_TO_BE_REPLACED

All text on VIVID is ©Vanessa Spedding but may be freely distributed in its original form for non-commercial purposes only, as long as attribution to VIVID and a link back to itsvivid.wordpress.com is included (or it is forwarded as the email newsletter). For other uses please contact vividworld {at} rocketmail.com. Note that pictures may have different copyright restrictions and should not be duplicated.