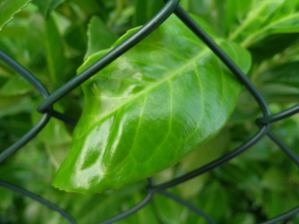 Evo Morales has been at it again, saying bold and beautiful things that other world leaders will likely dismiss as radical or simply ignore, instead of recognising his brave attempts to get us to value Earth’s life support systems before it’s too late. On Earth Day, April 22nd, Morales addressed the United Nations calling for the countries of the world to accept a set of principles that would protect the planet’s resources and ‘right to life’.

“Not just human beings have rights, but the planet has rights,” he said, outlining four principles that all countries should consider: The right for no ecosystem to be eliminated by the irresponsible acts of human beings; the right of biosystems to regenerate themselves; the right for Mother Earth to live without contamination or pollution and the right to harmony and balance between everyone and everything. “We now must begin to realise that the Earth does not belong to us,” he said. “We belong to the Earth.”

(Already people are accusing him of propounding these ideas to give his country and own style of politics an advantage over global capitalism. Little needs to be said about the analytical abilities of commentators such as these, given that without global ecosystems no political, economic, or social systems can exist whatever!)

Morales is not the first to come up with such ideas – just last November British barrister Polly Higgins called on the UN to implement a Universal Declaration of Planetary Rights.

Prince Charles, the Prince of Wales, has written a book called Harmony about how humans have become ‘dangerously disconnected’ from nature, which is expected to be published in 2010 by Harper Collins and will also be turned into a children’s picture book and possibly a film. The Prince’s web site says the book ‘will encourage us to restore the lost balance between Man and Nature and to follow a more philosophical path which reconnects humankind with ancient wisdom and intuition’ at a time when ‘humanity faces the multiple challenges of climate change, ecological destruction, economic instability and continuing human poverty.’

The announcement also points to a link to The Roscoe Lecture, given by the Prince in Liverpool in 2007. I have just read it, and my jaw dropped. While I don’t agree with every word, it expresses eloquently much of what I want VIVID to speak to its readers. Read it, and be uplifted.

And now for some film news:

The Yes Men, who ‘impersonate captains of industry, agree their way into the fortified compounds of commerce, and then smuggle out stories that provide a hilarious glimpse at the behind-the-scenes world of big business’ according to their web site, have a new film coming out. Yes Men Fix the World promises to be a ‘hoot’ that ‘shines with raw wit and originality’ according to the reviews. Catch the trailer here.

More sombre eye-openers on the state of the world, our consciousness, and the urgency with which we should act (if only we could only get our act together) are offered by the films Blind Spot and The Age of Stupid  – the latter of which has made cinematographic history by raising its costs through crowd funding and then managing the single biggest simultaneous premiere when it launched in March. Although a little didactic on the factual stuff, the film is worth a watch for the unusual and intelligent way in which it presents real people experiencing the conflicts of values and confusion endemic throughout modern society.

A welcome counterpoint to the doom and gloom may be forthcoming: In Transition: from oil dependency to local resilience is an hour-long documentary about the Transition movement and process from the Transition Town network, which its makers have dubbed as ‘the perfect sequel to The Age of Stupid’. They say it tells the story of ‘the generation that looked peak oil and climate change square in the face, and responded with creativity, compassion and genius’ – illustrated by stories of communities creating their own currencies, setting up their own pubs, planting trees and growing food.

It will first be shown at the Transition Network Conference 2009 on May 23rd in London, but this event is now sold out so if you’re not already going, you will have to make do with watching it live online here.  It will be released on DVD later in the year.

The transition concept is based on permaculture principles. There has been a recent flurry of inspiring films showing the potential and beauty of permaculture here. Not only does permaculture work with nature rather than trying to fight it (and thereby avoids degrading

or polluting it), it also produces dramatically improved yields of food (if that’s your desired output) compared with conventional, industrial methods, with zero fossil-fuel input and zero waste – as well as stunningly beautiful examples of gardens, farms and landscapes. Why is permaculture not a core curriculum subject at schools (instead of computers)?

All text on VIVID is ©Vanessa Spedding but may be freely distributed in its original form for non-commercial purposes only, as long as attribution to VIVID and a link back to itsvivid.wordpress.com is included (or it is forwarded as the email newsletter). For other uses please contact vividworld {at} rocketmail.com. Note that pictures may have different copyright restrictions and should not be duplicated.
Loading Comments...
%d bloggers like this: